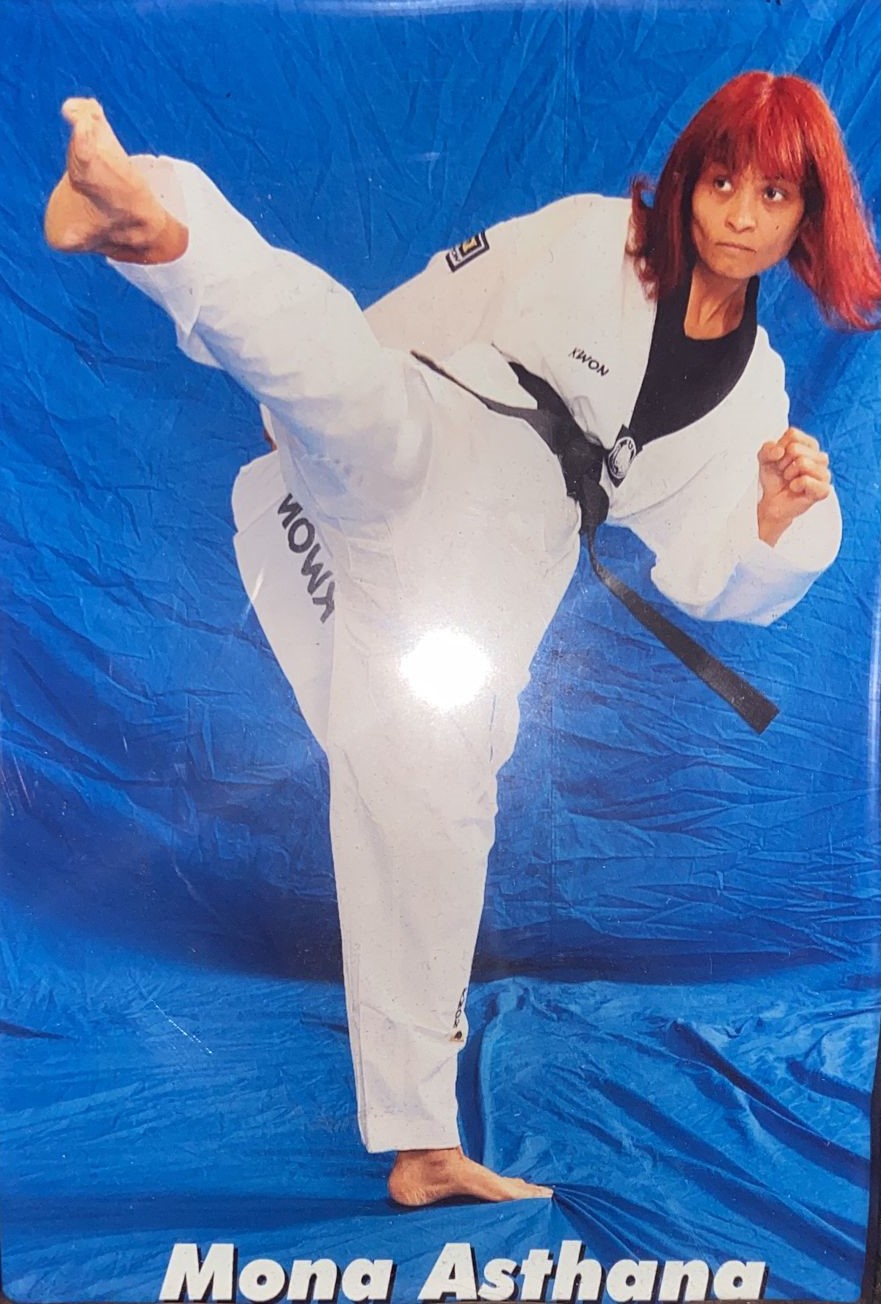 Mona moved from India 30 years ago after marriage. She came to a brand new country leaving the comfort of her family and friends behind.
She welcomed the change and was eager to begin this new chapter of her life in a very new place with a very different culture.
She spent her first few years in Tucson,Arizona and 4 years later, she and her husband moved to CA, beginning her “baby boom” period as she gave birth to 3 beautiful girls. This was also the period her inlaws moved in with her and she was managing a house, raising her girls ( one of which was special needs)taking care of her in-laws with many medical needs.
7 years later, her husband got a job in Austin and this is where her self-Realization began as her kids getting older and she getting wiser.
Her own life began at 40.
Being an avid fan of physical activity, she got into strength training in Austin and then later taekwondo. Fast forward 13 years, and she is a 4th degree black belt and an instructor at a local martial arts school. She has a daughter with special needs and who has been her inspiration to start a non-profit for kids and young adults with disabilities. She feels lucky to have a very loving and supportive family and all her hardships, if anything, have taught her to understand herself better, be able to self- validate, have a voice, and be able to separate herself from her situations, not placing blame.
Her favourite mantra-“ we are never too late or too old to start something new”.

Loving Hearts For All - An Austin-based South Asian community providing support and opportunity for individuals with disabilities.